In 1974 Karen Bethea-Shields (1949-present), then Karen Galloway, was among the first African-American women to graduate from Duke University School of Law. The day she passed the bar, she became Jerry Paul’s co-counsel in North Carolina’s Joan Little case, which focused national attention on prisoners’ rights, women’s rights, and racial and sexual discrimination in the criminal justice system. Little, who was serving seven to ten years, wielded an ice pick to repel a jailer’s attempted rape. She was acquitted on the defense that she used deadly force to resist sexual assault.

The National Conference of Black Lawyers named Bethea-Shields “Lawyer of the Year” in 1976. In 1980 she became the first female elected as a judge in North Carolina’s 14th district. During her tenure she instituted the Probation Challenge program, which required that juvenile and adult offenders obtain their GED as part of their probation. In 1986 Bethea-Shields returned to private, solo practice. 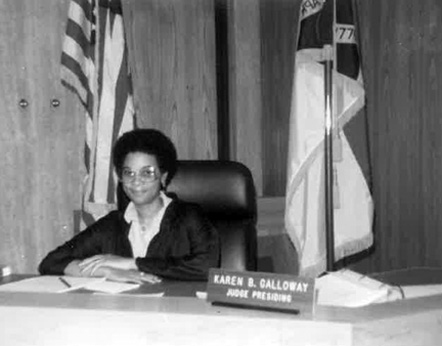