Chief Jose Lopez, Sr., is Durham’s first Hispanic chief of police. Initiatives and partnerships he has instituted through 2012 include Operation Bull’s Eye, which focuses police resources on a two-square-mile area in Northeast Central Durham with high numbers of violent gun crime. According to police, violent crime in the area dropped more than 51 percent from 2007 to 2011.

In 2010 the warrant squad, made up of a corporal and four officers, was formed. The squad collaborates with other agencies to serve high-priority warrants and works on the backlog of unserved warrants. The department served over 7,000 warrants on more than 2,200 people in 2011.

Lopez has begun two youth-oriented initiatives: BECOMING (Building Every Chance of Making it Now and Grown-up), to help youths between the ages of 16 and 21 with serious emotional and mental problems, and the Police Athletic League, which includes soccer, baseball and basketball. It has served more than 500 youths, ages 5 to 18.

Violent crime has dipped to a ten-year low during Lopez’s time as chief. 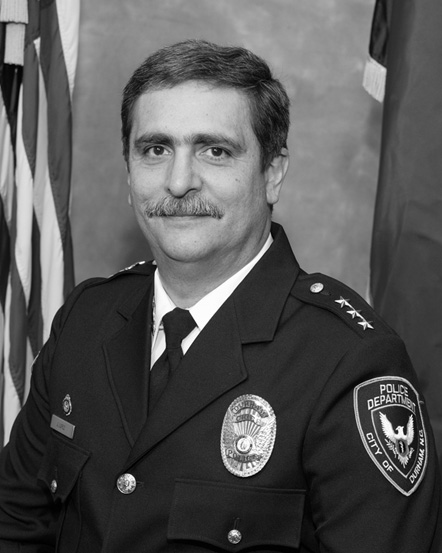