Durham native Worth Hill was Durham County sheriff for 17 years, from 1994, when he defeated Al Hight, to 2011. Before becoming sheriff he worked 30 years with the police department, retiring as a major in 1988.

Hill modernized the sheriff’s office with the addition of Mobile Digital Terminals (the computers used in patrol cars) and with updated data and computer systems. He implemented GangNet for eastern North Carolina, a gang-related intelligence-gathering tool for agencies throughout the state. He supported community policing initiatives, including a program in the schools that allows deputies to teach in the classrooms, and instituted gang resistance and education awareness training for deputies. Hill and four others graduated from the prestigious FBI National Academy, including Mike Andrews, who later succeeded Hill. Notable distinctions the sheriff’s department achieved during Hill’s tenure included becoming one of only five departments in the state with a bomb squad and search and recovery and K-9 units, assisting with Secret Service and FBI operations, and providing security for presidential and dignitary visits. Hill was sheriff when the current Detention Facility opened in 1998.

Hill received significant recognition for his achievements as sheriff. He served on the Governor’s Crime Committee, was president of the North Carolina Sheriff’s Association in 2003, and was elected as a member of American Legion Forty and Eight, an invitation-only honor organization of American veterans. Commenting on his time as sheriff, Hill says he is most proud of the attitude of his deputies, who were above all “there to help people. . . .They did a lot of things not in their job description.” Hill’s predecessor Mike Andrews remembers Hill’s time in office with high regard: “He thought as much with his heart as he did with his head. It’s hard to follow someone as respected as much as he is as a leader.” 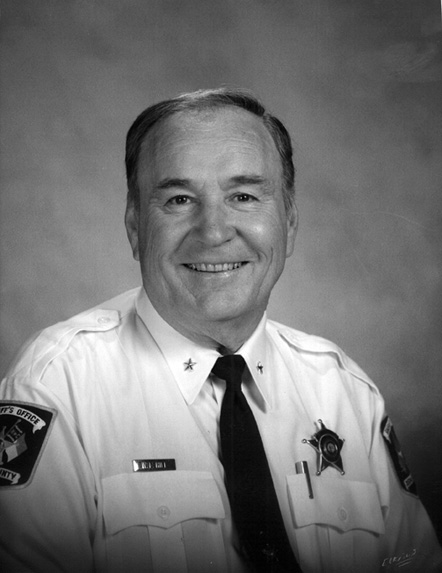