William Bradley Umstead (1895-1954) was a soldier, statesman, and the only Durham County native to fill the state’s highest office. He was born on a farm in Durham County in 1895 and attended the University of North Carolina at Chapel Hill, where he earned a degree in history in 1916. After a year of teaching, he volunteered to serve in World War I. He spent two years in the service, during which he was deployed to France. After the war he returned to Durham and attended Trinity Law School. He began his practicing law in 1920.

Umstead’s political career began soon after, starting with his election as Durham County prosecutor in 1922, after which he served as solicitor (now district attorney). He served three terms as a U.S. congressman, then went on to win North Carolina’s gubernatorial race in 1952 on a campaign that promised “a better tomorrow.”

Days after taking office, Umstead was hospitalized after suffering a heart attack. Although he spent much of the remainder of his abbreviated term bedridden, he remained doggedly committed to his responsibilities as governor, often discussing state affairs from his bed in the Executive Mansion. Immediately upon taking office, he reorganized the State Board of Paroles in order to emphasize uniform and fair parole consideration for prisoners. He is also credited with convening a biracial panel to study the implementation of integration in North Carolina schools following the Supreme Court’s 1954 Brown v. Board of Education decision. He died on November 7, 1954. 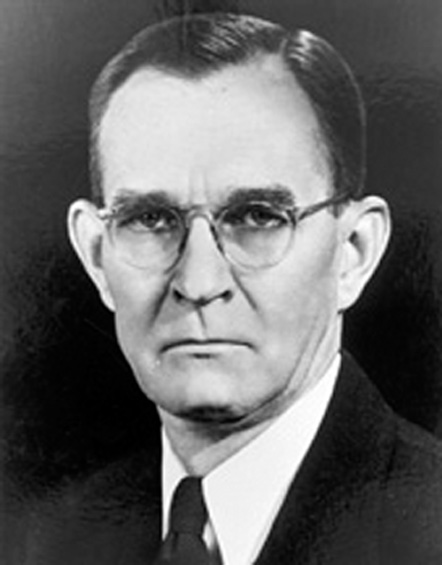