Born in Durham during the Great Depression and a veteran of the Korean War, Bill Allen joined the Durham County Sheriff’s Office in 1958 after the grocery store he worked for closed because of urban renewal. Allen first served as a patrol deputy under Sheriff Jennis Mangum, and in 1965 he became a plain-clothes detective. He was named to a top administrative position in 1973 and was elected sheriff in 1977. As sheriff, he reorganized the office in response to a dramatic surge in summons, forming uniformed deputies into civil and patrol divisions. He added a training and crime prevention unit and formed special operations and vice units. Allen oversaw the sheriff office’s move into the newly constructed Judicial Building and jail in 1978. 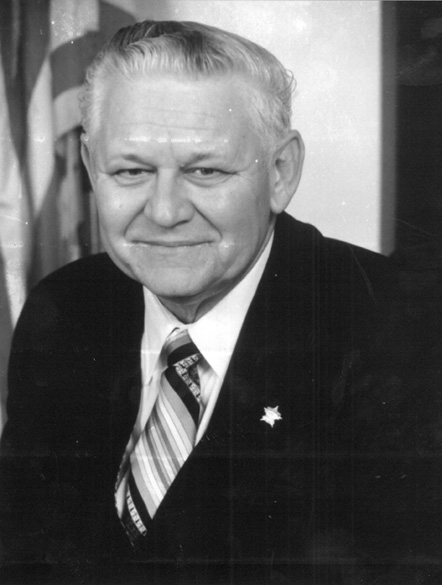