White Rock Baptist Church was organized in 1866 in the home of Mrs. Margaret Faucette. The church’s first dedicated building, constructed in the 1870s, was named “White Rock Baptist Church” because of the large white flint rock in the front yard. In 1896 a brick church was completed, its distinguishing Gothic Revival steeple rising above the housetops of Hayti.

From its inception, White Rock Baptist Church has played a central role in the life of Durham’s black community. It has historically counted prominent and influential citizens among its congregants. Augustus Shepard, father of North Carolina Central University founder Dr. James E. Shepard, served as the church’s eighth pastor from 1901 until 1911. Dr. Aaron Moore, a founder of North Carolina Mutual Life Insurance Company, was a prominent member whose altruism shaped both the church and the town. Moore supplied the funds for a Sunday school building and started a library in the basement, the forerunner of the Durham Colored Library, which later became the Stanford L. Warren Public Library.

The church provided services to the community that were not otherwise available to African Americans in the Jim Crow South. Dr. Miles Mark Fisher, who became White Rock’s pastor in 1933, instituted a nursery school for the area’s poor, a vocational training center, and a health clinic. He allowed softball leagues to form, tobacco labor unions to use church space, and Durham’s first African-American boy scout troop, Troop 55, to meet there beginning in 1935.

As the sit-in movement which had begun in Greensboro, N.C., swept across the South, Dr. Martin Luther King addressed a crowd estimated at 1,200 people at White Rock. Talking to the standing-room only crowd, he counseled, “Let us not fear going to jail if the officials threaten to arrest us for standing up for our rights.… Maybe it will take this willingness to stay in jail to arouse the dozing conscience of our nation.”

Like so many other Hayti landmarks, White Rock was demolished as part of urban renewal and the building of the Durham Freeway. It was located where a freeway on-ramp is now situated. Funds were raised to construct a fine new church building farther south on Fayetteville Street. 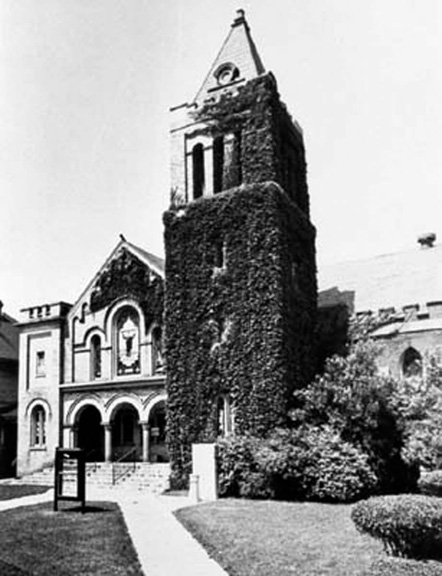