At five stories tall, the Trust Building was Durham’s first skyscraper and reputed to be the state’s tallest office building at the time of its construction in 1905. The Beaux Arts-style building originally served as home to two banks, the Fidelity Bank, presided over by Benjamin Duke, and the Home Savings Bank, established by George W. Watts and John Sprunt Hill. It has been modified and modernized throughout the decades. In 1932 an Art Deco facade was added to the building; in the 1950s the ground floor was given a smooth stuccoed surface; the 1990s saw modifications truer to the spirit of the original design. The Trust Building was built on the site of an early tobacco warehouse. 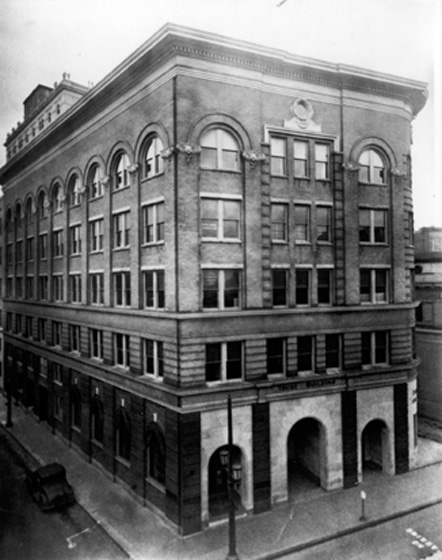