Steve Chalmers was born and raised in Durham. He made several administrative improvements within the police department during his time as chief, reorganizing the command structure and putting increased emphasis on community policing and anti-gang programs. He began the local Crime Stoppers Program, a national program that encourages witnesses to call in tips for felonies anonymously, and initiated Durham’s participation in the National Night Out program, an annual event that promotes crime and drug prevention. He also partnered with the North Carolina Child Response Initiative, a program in which mental health clinicians team with officers to help children and families affected by violence, abuse, or neglect. His tenure as chief coincided with the Duke lacrosse case. 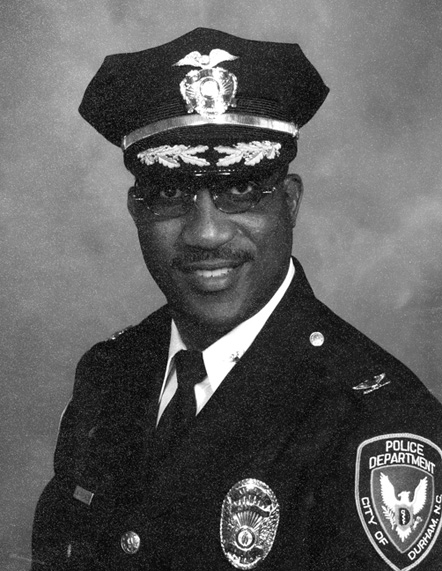