Featuring one of the three steeples making up the Hayti community skyline, Pine Street Presbyterian was the primary Presbyterian church for African Americans in the neighborhood through the first half of the twentieth century. The original congregation was formed in 1887 by Charles C. Hayswood and organized as the Twine Memorial Presbyterian Church in 1893 by Rev. Lewis D. Twine. It was renamed Pine Street Presbyterian after the street on which it stood (now Roxboro Street) when the building shown here was constructed in 1893. This church served the small congregation until 1948, when a new building was constructed at the corner of Lincoln and Massey streets and renamed Covenant United Presbyterian. The structure on Pine Street stood empty for several years until its destruction in 1978, a late victim of the city’s urban renewal campaign. 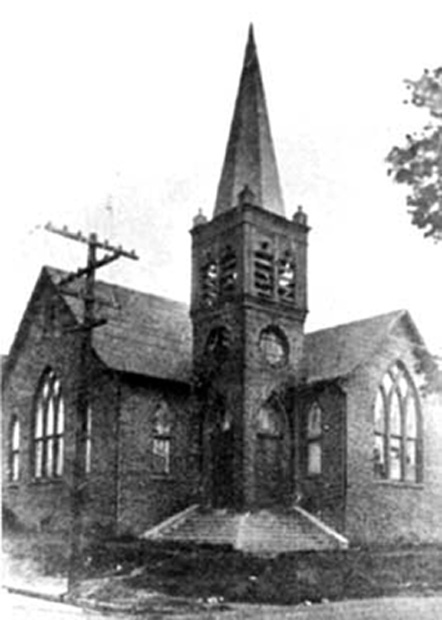