Evans had been mayor since 1951; Biggs had been on the city council since 1947, except for the 1951 to 1953 term; and Baynes had served since 1959. “Mutt” Evans, Durham’s first Jewish mayor, was elected as part of a wave of progressive elected officials. Described as “positive and optimistic,” he “acted with genuine consideration and inherent civility” during a difficult period in Durham’s history. 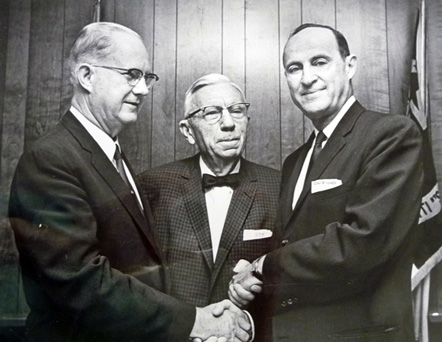