Asa Spaulding (1902-1990) (far right), born in Columbus County in eastern North Carolina, was a prominent name in local and national politics and business. He earned an undergraduate degree in accounting (magna cum laude) from New York University and a masters degree in mathematics and actuarial science in 1932 from the University of Michigan. From 1958 to 1967 Spaulding was president of the North Carolina Mutual Life Insurance Company, the world’s largest black-owned insurance business. He became the first black county commissioner in Durham, serving from 1968 to 1972. He was one of two African Americans on the Durham Interim Committee Mayor Wense Grabarek set up in 1963 to facilitate the integration of public facilities. He was active in many local social, civic, and charitable organizations.

His reputation as one of ablest black businessman in the country earned him recognition from President Harry S. Truman as well as numerous dinners with dignitaries including President Dwight D. Eisenhower and the president of Guinea. During the civil rights era he worked effectively behind the scenes as vice-chairman of the North Carolina Advisory Committee to the United States Commission on Civil Rights and for Kennedy’s Negro College Development Campaign. In 1956 he was appointed as a delegate to the UNESCO General Conference in New Delhi, India, and he toured African, Asian, and Eastern European countries as an emissary for entrepreneurship. He died in Durham September 4, 1990. 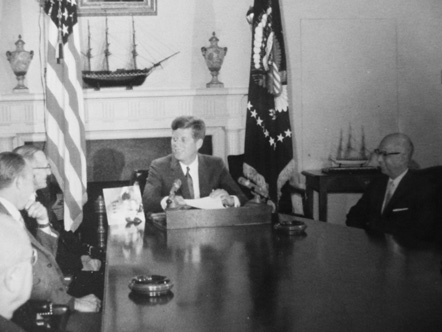