The 1970s were a transitional period for the North Carolina Central University Law School. In 1974 fewer than one quarter of the schools’ graduates passed the state bar exam on the first try. Comparing NCCU and the University of North Carolina at Chapel Hill law schools at that time, NCCU received less money per student than the UNC, UNC’s student-to-faculty ratio was significantly higher, UNC’s library holdings were over three times that of NCCU, and Central’s faculty salaries were considerably lower.

NCCU rallied to improve test scores by securing additional state funds, retaining a consultant, hiring more faculty members, and making other improvements to address the problems. Alumni began donating substantial amounts, the American Bar Association mandated an improvement plan for the school, and the North Carolina General Assembly increased the operating budget. Passing rates for the state bar began to improve, and by the early eighties, 82% of graduates successfully passed the bar on their first try, compared to 79% for the state as a whole. 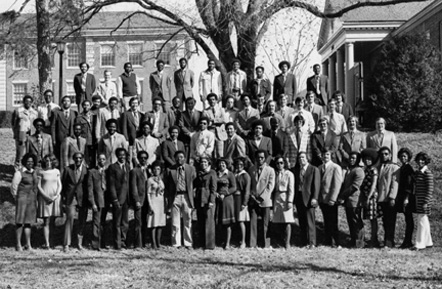