In 1963, the North Carolina Central University School of Law team achieved the improbable when it won the regional moot court competition over teams from the University of North Carolina at Chapel Hill, Duke University, and the University of South Carolina, before being defeated in a controversial loss to the University of Virginia. That the NCCU team could defeat schools that were more established and better funded attests to the level of education offered by the school and to the talent that NCCU attracted. Maynard Jackson, who went on to become mayor of Atlanta, led the team. Twenty years later, Jackson recalled the event during an interview:

That showed me right there that this little bitty black law school can produce a level of legal education and preparation on a par with any law school in the nation. 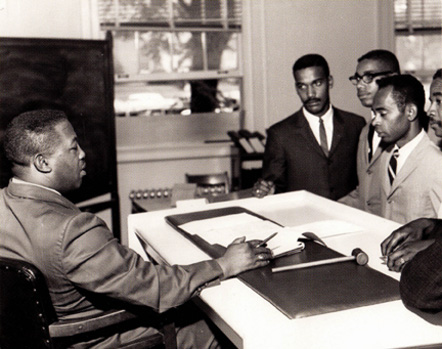