Mike O’Foghludha has lived in Durham for over 40 years. He graduated from Duke University with a degree in history and received his law degree from the University of North Carolina at Chapel Hill. He worked as a solo practitioner, a staff attorney with East Central Community Legal Services, an assistant public defender for the 12th Judicial District, and for 23 years with Durham’s Pulley, Watson, King, & Lischer, P.A. As managing attorney with this firm, O’Foghludha administered the Adam Lischer Memorial Scholarship, which was established for residents of Durham County attending law schools in North Carolina. In 2011, he was elected superior court judge for the 14th Judicial District.

Over the course of his judicial career, O’Foghludha has been active in many legal organizations including the North Carolina Bar Association, Durham County Bar Association, and the North Carolina Advocates for Justice, where he served on the legislative, education, and publications committees. He also participated for many years in the Access to Justice campaigns for North State Legal Services and served in that organization’s volunteer lawyers program. O’Foghludha has also served on the board of directors of several local community organizations, including Habitat for Humanity and the Durham Center for Senior Life. He holds the highest possible rating from Martindale-Hubbell, a peer-review ratings system of ethical standards and legal ability. 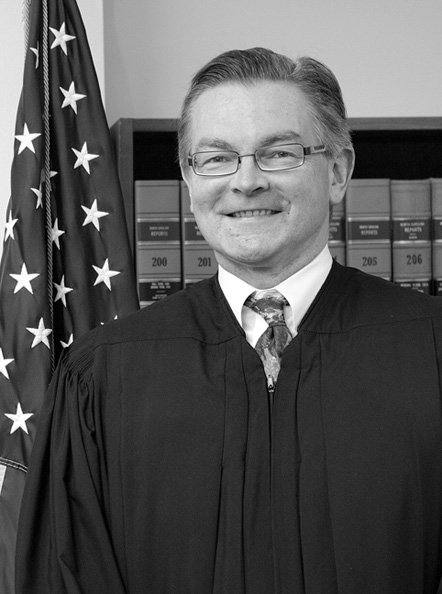