Mary D. B. T. Semans, One of First Two Women to Serve on Durham City Council

In 1951 Mary Duke Biddle Trent Semans (1920-2012), philanthropist and granddaughter of Benjamin Duke, became one of the first two woman elected to the Durham City Council. She served two terms, stepping down in 1955. From 1953-55 she was mayor pro tempore. The Herald-Sun described Semans as an assertive, prudent, and empathetic councilwoman:

As a member and mayor pro tem of the Durham City Council in the 1950s, Mrs. Semans shaped public policies that asserted the dignity of Durham’s black residents and more directly—albeit civilly—rebuffed the suggestion that the women of the City Council ought to let their male counterparts do the work and guide her vote.

1953, the year that began her second term, was also a historic one for the city council, as it was the year that that R. N. Harris became the first African American to serve on the board. 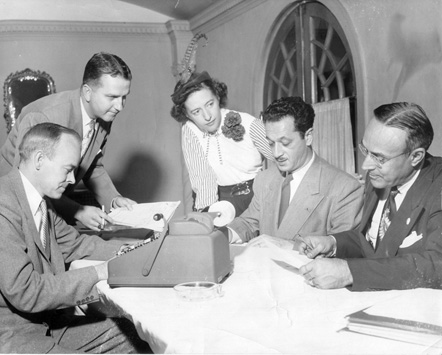