Emanuel J. “Mutt” Evans (1907-1997), Durham’s first Jewish mayor, was elected in 1951 along with a wave of other progressives. During a difficult decade for Durham, Evans led with civility and true consideration for others. He pioneered efforts in sewage treatment and water purification, saw a new YMCA built on Trinity Avenue, established a black fire company in Hayti, and increased the city’s tax base by annexing suburban areas where new construction was taking place. Social ills including racial issues, juvenile delinquency, and the unmet needs of the poor and emotionally disturbed were prevalent. Under Evans’ leadership, a biracial Committee on Human Relations was established. However, Durham was at a crossroads in the 1950s, and larger and more fundamental issues like racial inequality and a deteriorating downtown and industrial base remained inadequately addressed. 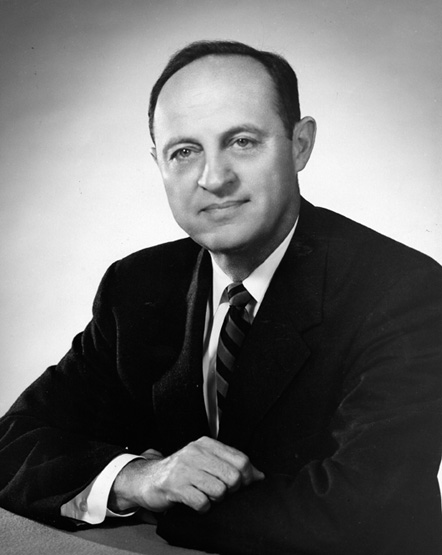