This group of town dignitaries gathered in front of Durham’s City Hall in the 1920s for this photograph. Included are the mayor, chief of police, chief of the fire department, and local ministers. This building, formerly Durham’s City High School, served as city hall from 1922 until the late 1970s. It then became headquarters for what is today the Durham Arts Council, which continues to occupy the building. 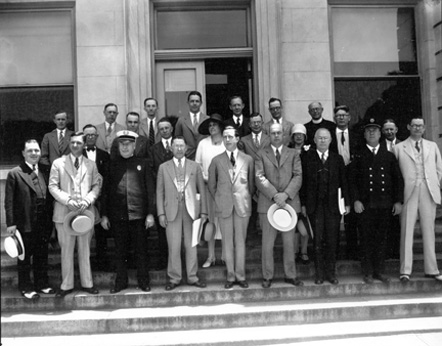