This command staff is the first to operate from the new courthouse, which opened in early 2013. 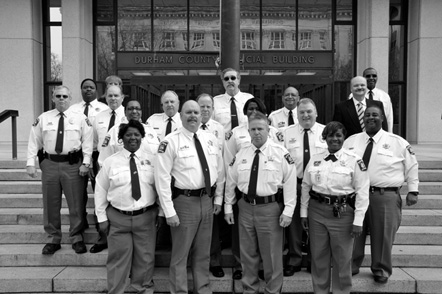