The Durham County Judicial Building, the county’s third courthouse, was built in 1978 across the street from the 1916 courthouse. It was constructed on the former site of the Hotel Malbourne, which in its time had been the premier hotel in Durham, and the Rialto Theater, which brought “talking pictures” to the city. Some county offices remained in the old building, while courtrooms, the sheriff’s office, magistrates, and detention facilities operated from the Judicial Building. The third courthouse served the county until the new Justice Center opened in 2013. 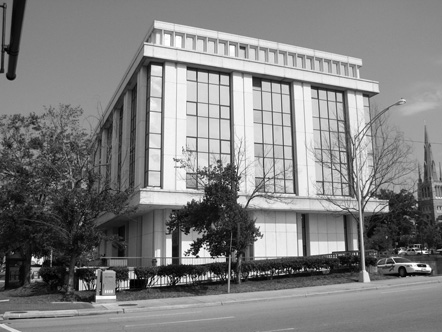