What Durhamites know as the Durham Arts Council Building on Morris Street was built in 1906 to house City High School (later Durham High). The school moved to a new, larger facility 1922. After major renovations, including the removal of the dome and pediment façade, city hall moved in and another building, the Carolina Theatre (then Durham Auditorium) was grafted onto the back. In the late 1970s, city government moved to the new city hall building on Holloway Street. The Morris Street facility was repurposed as the Durham Arts Council Building, a city-owned, multi-purpose community arts center. 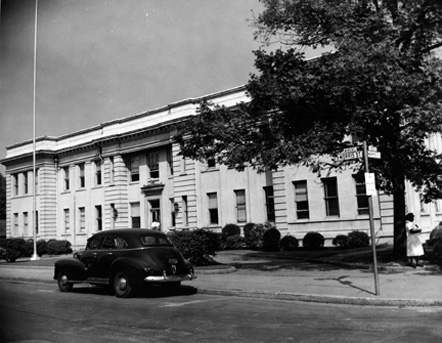