In 1909 Raleigh native Dr. James E. Shepard (1875-1947) founded the school that would become North Carolina Central University. Shepard, educated at Raleigh’s Shaw University as a pharmacist, originally envisioned a Bible school to train Sunday school teachers and missionaries. The mission of the school was expanded to include agricultural, horticultural, and domestic science courses—concessions most likely due to pressure from white supporters who did not want to be deprived of their black labor pool. Shepard worked relentlessly on the school’s behalf as president of the fundraising organization, Julian Carr was treasurer, and Dr. Aaron Moore, secretary. Brodie Duke sold the school 20 acres on Fayetteville and donated the proceeds to the cause. Governor Robert Broadnax Glenn endorsed the school, as did prominent figures on the national stage including former president Theodore Roosevelt, current president William Howard Taft, and industrialist and philanthropist Andrew Carnegie.

The first buildings were erected in 1910, and Shepard served as the school’s president until his death in 1947. It went through a series of changes in name and mission as it struggled to find funds to stay afloat—from the National Religious Training School and Chautauqua to the National Training School in 1915, to the Durham State Normal School in 1923, to the North Carolina College for Negroes in 1925. The school’s name was changed to its current designation in 1969, and it became a part of the consolidated University of North Carolina System, created in 1972.

It is to Shepard’s great credit that he was able to establish the school at a time when race relations in the South were abysmal. Today’s North Carolina Central University stands as testament to his dedication to improving the prospects of North Carolina’s black community in an era when most of Durham’s black labor force received shamefully low wages and had little opportunity for advancement. 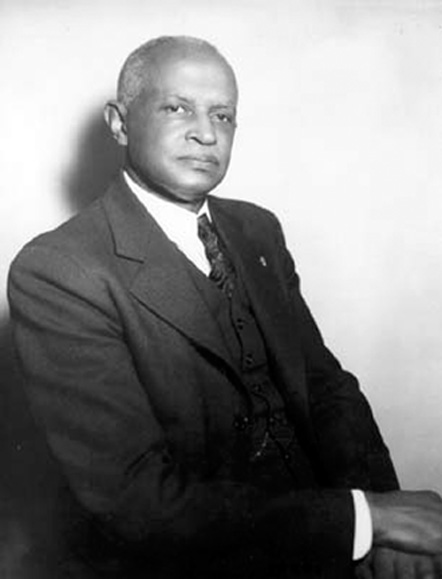