After eight years on the city council, Chester Jenkins (1938-2009) became Durham’s first African-American mayor in 1989. He served one term, rounding out a decade of progressive leadership in the city. He is credited with trying to secure voter approval to finance a new baseball stadium. Although unsuccessful, the effort is said to have helped set the stage for downtown’s eventual redevelopment. He helped complete the takeover of the city bus system from Duke Power and worked to get the I. R. Holmes Recreation Center built. He also achieved passage of the local Fair Housing Ordinance. Three years after his term as mayor ended, he became
the city’s human relations director, a post he held until 2000.

Jenkins’ position was a historic one, as remembered in 2009 by Mayor Bill Bell:

You talk about shoulders you stand on; Chester’s shoulders are one of the persons I consider having had stood on…. 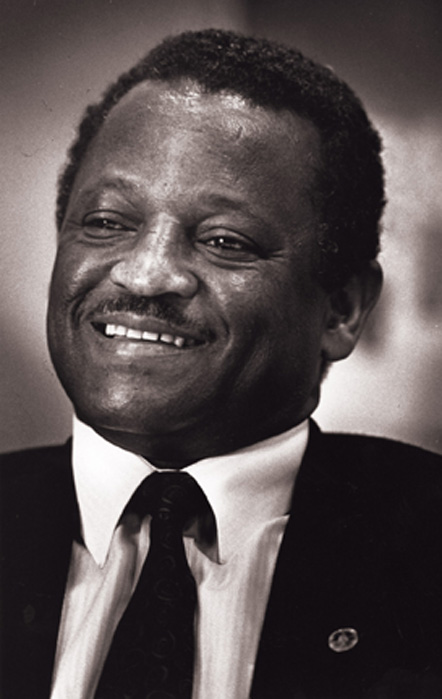