By the early 20th century, more people in Durham were employed in textile mills than in the tobacco industry, many of them children. In 1896, 6,046 children worked in the mills; in 1899, 3,470. Those arguing against child labor said that children were not only deprived of an education, but were also mentally and physically stunted. Many millworkers were in favor of child labor because they needed the income their children contributed. In 1904 the average weekly wage at Golden Belt Manufacturing Company, owned by Julian S. Carr, were $6.50 for men, $4.46 for women, and $2.60 for children working 11-hour days, six days a week.

In 1895 a bill was introduced in the North Carolina legislature to limit the workday to nine hours and prohibit employment of children. A compulsory education bill was also introduced around that time. Neither bill passed. When compulsory education became law in 1907, the number of children in the mills was greatly reduced. Child labor decreased further in the 1920s, due primarily to changes in the cotton industry. The work became more challenging, and experienced adults were required to perform it. In 1933, North Carolina enacted laws regulating the use of child labor in various industries including textiles. The Department of Labor stated that no girl under 14 years of age could be employed, and boys between the ages of 12 and 14 had to obtain special permission to work. The laws also limited work hours, stating “no child under 16 years of age may be employed or permitted to work in the places of employment set out in Regulation 1 above for more than eight (8) hours in any one day and forty-eight (48) hours in any one week.” These laws effectively ended child labor in the cotton mills of North Carolina. 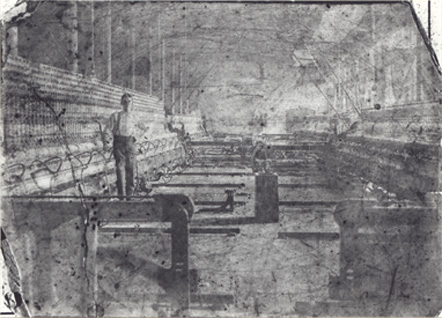