Blackwell Markham “Dog” Brogden Sr. (1921-1980), the son of North Carolina Supreme Court Associate Justice Willis Brogden, “inherited his father’s learning in the law, his zeal for justice, and his understanding of human nature.” Brogden served in the Navy during World War II and obtained his law degree from the University Of North Carolina in 1949. He spent nearly 30 years as an attorney in Durham, self-described as a defender of “the underdog.”

Portrayed by Brogden’s cousin and former Durham Mayor Charlie Markham as a “colorful, fiercely combative and irrepressible trial lawyer,” he was a renowned courtroom firebrand whose nickname was descriptive of the tenacity with which he defended his clients. He was “a master of sarcasm who often used pantomime in the courtroom to get across his point. He [might] also quote from the Bible, Aristotle or Captain Kangaroo, dance, shake a finger, contort his face, shadowbox or even choke himself.” “I love a good fight,” Brogden said of his performance in the courtroom. “A lot of lawyers, especially some young ones, don’t like the fight, but I love the whine of grapeshot and the smell of gunpowder.”

Brogden, as the son of a justice, was immersed in the law from a young age. His brother, Willis “Bill” Brogden, Jr., was a long-time solicitor of the Recorder’s Court in Durham County, and his son, Blackwell “Black” Brogden, Jr., practiced law in Durham and now works as an attorney for the State of North Carolina. 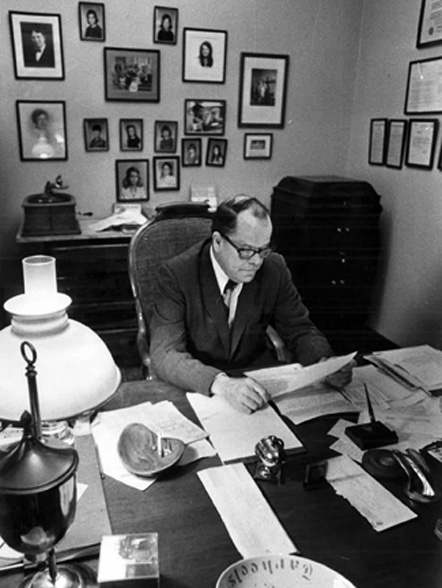