The Austin-Heaton Flour Mill is a striking testament to the changing architectural and economic landscape of Durham. What was an industrial flour mill is now the site of the Durham Performing Arts Center. The Carrolina Roller Mills was established in 1902 by Julian Carr. The name was changed to the Austin-Heaton Company in 1910, shortly after the death of the former chairman of the board, Austin Heaton Carr. At the height of its production capacity in the 1950s, the mill was producing eight grades of wheat flour and three types of wheat mill feed, as well as the breakfast cereal Wheatone.

As part of Durham’s urban renewal program, the mill was demolished in the late 1960s. The Durham Area Transit Authority built on the site and had offices there from the 1970s until the demolition of their buildings in 2004. With the redevelopment of downtown in full swing, construction of the Durham Performing Arts Center was completed in 2008. 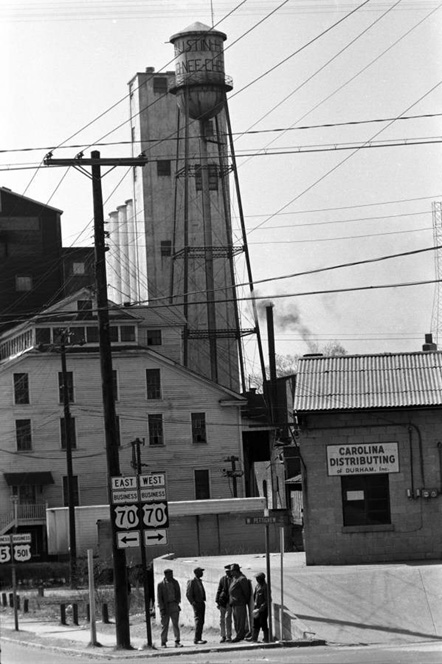