Sampson County native Arthur “Art” Vann, considered to be one of the state’s finest lawyers, obtained his undergraduate and law degrees from Duke University. His undergraduate career was disrupted by World War II, during which he served in the European theater as a captain in the U.S. Army Air Corps.

After graduating from Duke School of Law in 1951, Vann practiced at a private firm until 1999. His particular passion was trying capital cases, and he had the distinction of arguing before the U.S. Supreme Court. His son Woody Vann, also a Durham attorney, recounts that Vann served with vigor and fair mindedness:

He was known for being aggressive and outspoken. He knew what the line was and he occasionally stepped over. Didn’t matter where you came from, color of your skin, he tried the best case he could. … He loved his job and the camaraderie of the legal community.

The father of 12 was active in the community as well as in his profession. He was president of the Durham Exchange Club, the founder of the Century Club of Durham, a member of the United Methodist Church, and a devoted Duke fan. He was instrumental in building the Durham County Memorial Stadium and a driving force behind renaming the Duke University football stadium in honor of Coach Wallace Wade. . As a tribute to Vann’s civic and professional achievements, Sheriff Worth Hill LINKprovided a motorcycle escort at Vann’s funeral in 2000. 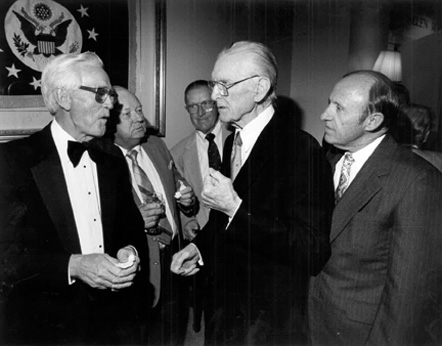