The Durham Police Department was integrated in 1944, when the department felt increased pressure to hire an African American in the wake of a 1943 riot. Clyde Cox and James B. Samuel were Durham’s first African-American police officers, hired in 1944 to provide more extensive law enforcement to the historically black Hayti neighborhood. They and black officers that followed were known as the “Hayti Police.”

Separate facilities were maintained for black and white officers. Black officers were not allowed to use the bathroom or water
fountain, eat lunch, or change their clothes at police headquarters. Not until the 1970s did African-American officers become fully integrated into the department. 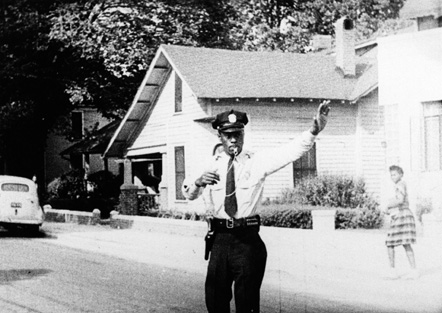